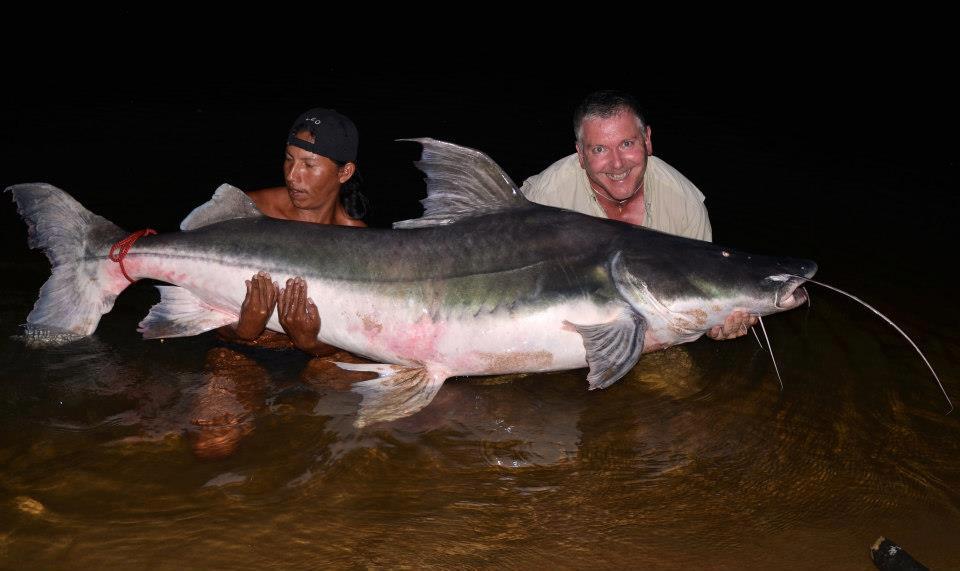 Also known as the Lau and the ‘Freshwater Shark’ of the Amazon, with its tall, proud dorsal fin and long, shark-like body, the Piraiba or Goliath Catfish is the largest Catfish in South America. These streamlined Cats average 150lbs and can reach over 400lbs.

They can often be heard just before dawn exploding on the surface while hunting big baitfish, but generally stay in deeper pools during the day in slower running stretches of the river.

Anglers who target these leviathans must use a heavy enough outfit with a strong rod and large capacity reel, as a big Piraiba can strip 250m of 100lbs line in an instant. Once hooked this fish will make blistering runs over and over again until he is exhausted enough to be brought to the boat or beached.