In this particularly productive and varied watershed, there is a huge diversity of species to be caught, but the Jewel in the Crown on this particular river is the largest Wolf Fish in the world inhabit the rocks, pools, fast rapids and beaches here.

Days are typically warm with temperature over 70º F at night and 80-90º F during the day, but it can feel cooler most of the time due to plenty of breeze. This is a full-on fishing trip ideal for families, groups, solo anglers as well as partners and couples. 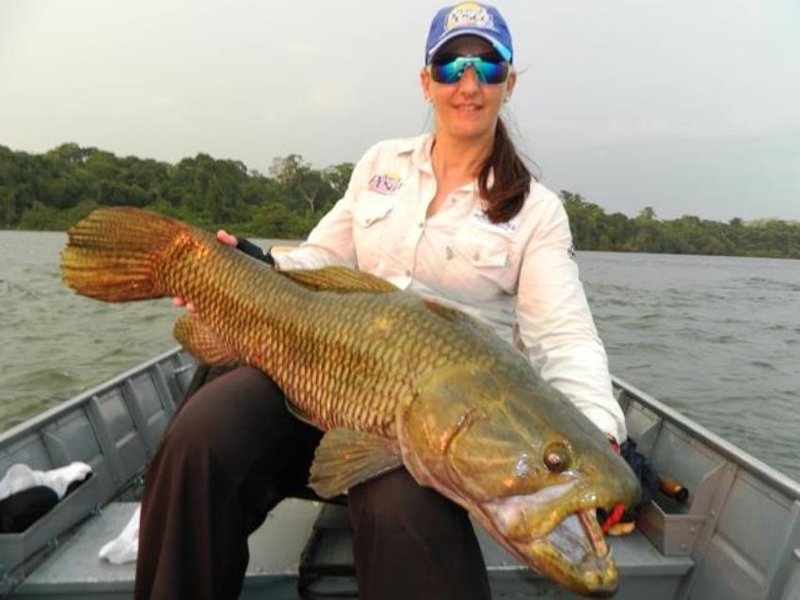 WOLF FISH: In this particularly productive and varied watershed, there is a huge diversity of species to be caught, but the Jewel in the Crown on this particular river is the HUGE Wolf Fish that inhabit the rocks, pools, fast rapids and beaches. They literally explode on any bait, lure or fly that passes in front of them. An incredibly agile fish for such a beast, it can reach over 50lbs in this fishery.

Wolf Fish are the most aggressive of all Amazon predators and the most dangerous to handle near the boat. They have many names, like the Crocodile Perch, Alligator Fish, all nasty, big and deadly! Wolf Fish love top water lures and will smash them with such ferocity. Spinnerbaits, big Minnows, in fact just about any big lure is fair game to a Wolf Fish!

The best chance to catch a really huge Wolf Fish is by using cutbait or livebait. When using cutbait, it’s cast into a deep pool and the angler waits ….. he feels a mere nibbling, nearly like minnows pecking at the bait. Often a Wolfie will just lie there having swallowed the bait, so it’s usual practice to lift and drop slowly if in doubt. Once hooked a big Wolf Fish will launch into the air like a rocket and twist and dive and give an angler one of the best fights he will ever have.

PEACOCK BASS: We have the beautiful Cichla miriniae Peacock here and like all Peacock species, they will hit most lures with abandon. Medium-sized top water prop and stick baits and poppers work well, as do jigs, flies and minnow baits. These Peacocks reach a max. 14-15lbs. They are found in a few lagoons along the river, around rock bars and banks and sometimes on points and sandbars.

BICUDA: Very large Bicuda inhabit the rapids and well-oxygenated waters and will literally blast small top water prop and stick baits and poppers right out of the water. They are truly the acrobat of the Amazon, jumping and twisting non-stop and can reach 12-14lbs. Bicuda can also be caught on most lures including small-medium minnow baits, jigs, flies and spoons. They do not take being kept long out of water so photos must be taken swiftly and the fish returned as soon as possible.

PAYARA: These ‘silver missile’ Vampire Fish are the speedsters of the river. With their big lower canines and mouth full of sharp dagger-like teeth, they will strike at most lure, even top waters….. Deep-diving lures and minnow baits are the norm here, but Payara also take cut bait and live bait, especially when fishing for Wolf Fish. Once hooked they will jump and somersault all over the river. The fight is brutal but usually short-lived and the sheer size of these fish make them appear much heavier than they really are.

MATRINXÃ and JATUARÁNA: Both species are similar in looks and in their feeding habits, except Matrinxã reach a max. of 8lbs where Jatuarána will get to 14+lbs. Both species will take worms, small poppers, stick baits and minnow baits, small cut baits, and fruits when in season. They are incredibly hard fighting and acrobatic and a much sought-after table fish. Delicious, especially the ribs.

PACU: Another great eating fish, the Pacu can be caught on many baits, especially worms and fruits. Again, the ribs are delicious and the fish is hard-fighting. With a few different species here, the largest reaches around 10-12lbs.

NB. For some inexplicable reason, there are NO Piranhas in this watershed!

CATFISH:- While the Rio Juruena is not primarily a big Cat river, there are still plenty of species to be found on live and cutbait:

REDTAILS: With brilliantly painted red tails, these lumps will take baits and run straight for cover. Dirty fighters but brutally tough, they will fight and fight and tire the angler out! Cut and live baits are used to catch these heavy fish that can reach 80+lbs.

JAU: Like Japanese Sumo wrestlers, these gnarly Cats are mostly found in fast, deep, rocky water just out of the current. They can be anything from a yellow coloration to green, black, grey, marbled and all of the above. They are usually spotted and have a yellow mouth and long whiskers. A great fighter that aims straight back into the rocks when hooks. Caught on live and cutbaits and can reach 60-80lbs here.

JUNDIA/LEOPARD CATS: These beautifully-marked orange/brown fish with long whiskers and honeycombed markings all along it body and fins, have smaller mouths than unusual for Cats. They will take smaller baits but will often ‘pick’ at a larger bait, and keep on dropping it and coming back to it. For such a small Cat (25lbs max.) it fights much harder for its weight on strong tackle.

PIRAIBA/FILHOTE: These are the largest Cats in the Amazon but surprisingly they do not grow to the Giant proportions as do their cousins in most other Amazonian rivers. Reaching a max. 100lbs, they still give an incredible fight and will strip line off the reel in an instant. Taken on dead and live baits, these are the Kings of the Amazon!

SURUBIM: We have two species of Surubim or Shovel-nosed Cats in the Juruena, the Cachára and the Caparári. Cachára get to 30-40lbs while the bigger Caparári reaches over 70lbs. Long, streamlined fish with beautiful hieroglyphic markings on their bodies, they can be caught sometimes on lures and jigs, but mainly with worms, live baits and small cut baits. 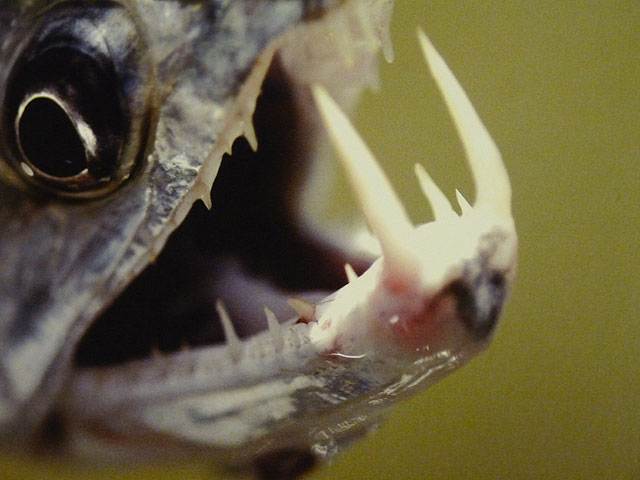 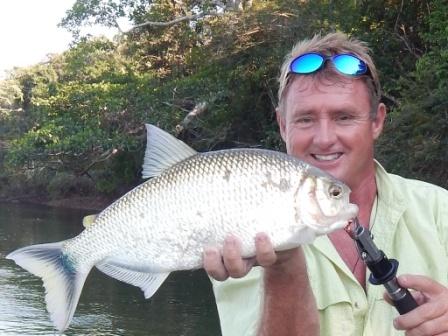 All rooms have en-suite bathrooms and are air-conditioned, fitting 2-3 anglers per room.

There is a large dining area with a big kitchen that supplies sumptuous meals three times a day. A relaxing lounge area with wide screen TV is nearby for pre and post-dinner drinks and Brazil’s famous Caiparinhas. 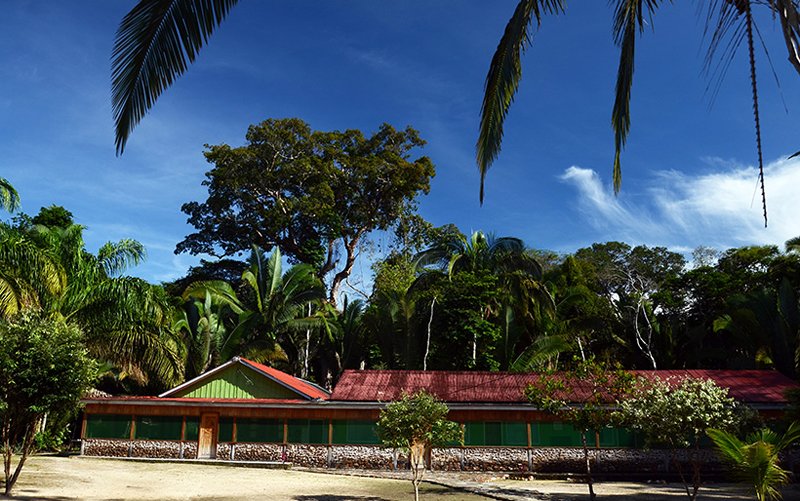 DAY 1: Anglers fly from São Paulo to Cuiabá. Onwards flight via Azul Airways leaving at 12:30pm and arriving in Alta Floresta at 1:45pm. Private charter flights (4 persons per plane) leaving at 2.30pm, arriving at the lodge at approx. 4.00pm. Overnight at lodge.

NB. THERE IS ONLY ONE DAILY FLIGHT FROM CUIABÁ SO FLIGHTS MUST BE BOOKED WELL IN ADVANCE. THERE ARE NO OTHER DAILY FLIGHTS AVAILABLE.